The Graphic Novel, Persepolis, To Be Featured 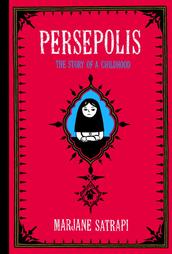 The graphic novel and memoir, Persepolis by Marjane Satrapi will come to life in the form of an innovative dance interpretation on September 26 at Muhlenberg’s Trexler Library, sponsored by Judith’s Reading Room, the winner of a $1,000 grant from the American Library Association. Persepolis, the story about a young girl who comes of age during the Iranian Revolution will be performed by ‘Six Meters,’ an improvisational dance group under the direction of Susan Creitz. The book was selected to highlight how books are routinely challenged and banned in America. Dozens of other banned books will be highlighted including Nickel and Dimed, The Chocolate War, Of Mice and Men, and Julie of the Wolves –all of which have been banned or challenged in Pennsylvania.

The event, which is free and open to the public, will be held on Thursday, September 26 at the Trexler Library at Muhlenberg College at both 12:30 p.m. and 7 p.m.

“In the graphic novel, Persepolis, the author’s illustrations are dances in themselves; each a poignant part of her life which we all can feel and learn from. What is the point in banning such a book?,” says Creitz, director of ‘Six Meters.’

Judith’s Reading Room, established in the memory of Judith Krug, founder of Banned Books Week 31 years ago, was awarded one of seven $1,000 grants by the American Library Association’s Freedom to Read Foundation. The organization provides books to those that do not have access to them. Since 2010, it has established 57 libraries in 9 countries and 6 states. Eighteen libraries are in the Lehigh Valley.